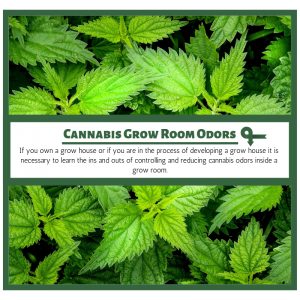 Growing cannabis is an expanding business that over recent years has taken off. The expansion has stemmed from the new laws that have made medical marijuana and even recreational marijuana use legal in some states around the United States. Because of this, grow houses have increased with more and more people entering into the cannabis market. These grow houses or grow rooms that contain an unknown number of cannabis plants will release a strong, skunk-like odor that will emanate throughout the whole environment. Depending on the strain of cannabis, some can have a stronger odor than others, but when you are dealing with a large grow of the plant inside an area it will be one heck of a task to reduce the cannabis odors no matter the magnitude of the strain odor. If you own a grow house or if you are in the process of developing a grow house it is necessary to learn the ins and outs of controlling and reducing cannabis odors inside a grow room.

Grow rooms focus on two major aspects to contribute to a successful grow house, the first is the health of the plant and the second is controlling the odors that are created by their prospering crops. Cannabis plants are known for the foul, skunk-like smell that they produce and in which growers try to manage and reduce as much as they can. However, the smell is also important for a grower as it alerts them to the health of the cannabis plant – the smellier the better!

When a cannabis or weed plant starts to smell this is a good indicator that a successful crop is growing in a grow room or grow house. Surprisingly enough, the stronger the odor of the crop, the better that is for the plant and the grower. There are several stages to the growth process of the cannabis plant, and each stage can be identified by the odor produced. The early stage of a cannabis plants life will produce no odor, none at all. Late in vegetative mode, when the plant is near a foot tall or slightly higher the odor will begin to develop but will remain minimal, but you can monitor emerging odors easily. The cannabis plant is at its most fragrant stage during the flower phase where terpene production starts to increase.

Why Does Marijuana Smell

Marijuana is filled with terpenes, an aromatic oil that coats cannabis varieties with a distinctive odor. Terpenes in cannabis began for adaptive purposes to help repel predators and attract pollinators. Over 100 different terpenes have been identified in the cannabis crop, with each individual terpene associated with a unique effect.

If you have ever smelt a cannabis crop, you may have associated the plants odor with that of a skunk, and you would be right. Many terpenes can smell like thiols, the chemical compound behind the skunk spray odor. Therefore, marijuana will always smell like a skunk, but depending on the strain some will be contain a stronger skunk like odor than others.

Managing indoor temperature and humidity level is conducted through the use of air circulation inside the grow room. Grow rooms can become high temperature environments because of the extensive use of grow lights that produce heat inside the space. Depending on the size of the grow house different lights – either LEDs and HIDs will be used which can have a different impact on the temperature making it dangerously high if proper ventilation and circulation is not present.

Air needs to flow throughout the space every few minutes, this will help to reduce the cannabis odor and recycle out used CO2 from your grow room. The easiest methods to increasing air circulation inside a cannabis grow house is through the use of fans – whether it be ceiling fans, oscillating fans, or ducted intake and exhaust fans.

Air filtration is important for cannabis growing for two main reasons: to control the air quality leaving your grow room and being able to control the air quality within the space. But it can also be helpful for odor control of cannabis smell, if the filter contains capabilities to eliminate the strong composition of cannabis smoke. The odors from cannabis smoke is the result of many different chemical compounds that include the chemicals below.

Many filters simply do not contain the technological capabilities to eliminate all of the varying components of cannabis smoke, and the ones that do contain flawed processes, such as the carbon filter. Carbon is highly adsorptive to a broad spectrum of chemicals, which is essential for cannabis odor removal, however, the carbon technology acts like a sponge and will become released back into the air once the filter fills completely. This simply makes the filter ineffective at maximum capacity and whose to know when that occurs. Whereas, the EnviroKlenz patented earth mineral technology actually adsorbs and neutralizes the chemical compounds and odors, without the worry that the chemicals are simply being stored to than be released once the filter technology becomes full.

The composition of EnviroKlenz® products, especially the active components used in the air cartridge in the EnviroKlenz® Mobile Air System, favorably interact with the diversity of chemicals found in the smoke and residual cannabis odor. The EnviroKlenz® Mobile Air System and Air Cartridge have been successfully used to reduce and contain odors from the storage of the cannabis compound in grow houses and grow rooms, helping to manage and control odor within the grow space. 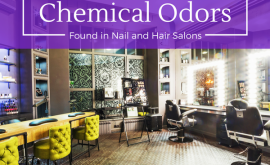 As soon as you walk into a hair or nail salon, you’ll almost always notice …
July 10, 2017
Read More 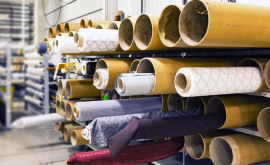 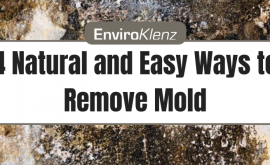 Mold, in some cases accompanied by mildew, occurs in damp places. It’s not a result …
October 2, 2018
Read More 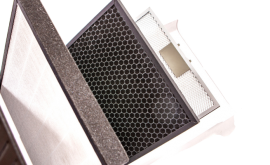 As a homeowner it is our job to stay up-to-date in replacing and maintaining the …
May 30, 2019
Read More
WordPress Image Lightbox