Removal of hazardous pollutants from air is an important application area with significant impact on human health and quality of life. Portable home air filters, personal protection respirators, and large scale filtration systems installed in buildings are examples of air filtration products widely used to improve air quality and prevent exposure to harmful pollutants. Air filters removing chemical pollutants, gases, or vapors, are frequently used in facilities using toxic chemicals or in buildings where such pollutants may be present.

The majority of air systems only focus on particle filtration. These devices may use a combination of traditional Minimum Efficiency Reporting Value (MERV) rated filters and high-efficiency particulate air (HEPA) filtration. Some devices add in solid sorbents, most commonly carbons, which capture air pollutants by means of physical absorption. Such filters have only limited removal capacities and often no destructive capabilities resulting in the odor chemical contaminates being released back into the environment which is a major drawback of traditional carbon-based filtration systems and the main factor limiting their wider applications effectiveness. 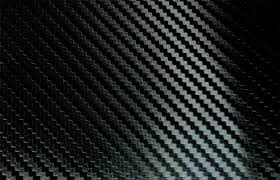 Carbon is a commonly used material in odor control applications. It absorbs odors; however it does have several serious disadvantages. Most significantly, carbon only physisorbs toxic, noxious, and other odor causing molecules, meaning that the unwanted chemicals do not react chemically with the carbon and can be released them later and cause the re-emergence of an odor believed to have been initially neutralized or eliminated. Changes in humidity or temperature can hasten this process, causing the odors and other unwanted chemicals to be released back into the air.

The filtration capabilities of NanoActive metal oxides were compared to carbons where the chemically exposed solids were heated and the identities of the evolved vapors were determined by infrared spectroscopy. The process of heating the sample accelerates the off gassing (or release) of the chemical if it is not chemically broken-down or bonded to the media. Table 2 illustrates the desorption results carbon has with a variety of chemical classes in comparison to NanoActive materials. NanoActive materials can be combined, blended, and added to other compounds to increase or optimize efficacy against a particular chemical or odor.

In Table 3, breakthrough studies were done to compare common carbons to NanoActive TiO2 against ammonia. A 31% increase in absorption capacity was observed over the URC carbon. The carbon samples also exhibit desorption of ammonia, where NanoActive metal oxides do not, indicating the chemical interactions between the chemical agent and the NanoActive materials is much stronger.

In Table 4, breakthrough studies were done to compare common carbons to NanoActive MgO against sulfur dioxide. Sulfur dioxide is a toxic gas with a pungent, irritating, and rotten smell. It is a common air pollutant that can have significant negative impacts upon human health. A 72% increase in absorption capacity was observed over the URC carbon. The virgin granular activated carbon was not able to absorb sulfur dioxide. The carbon samples also exhibit desorption of sulfur dioxide illustrating the mechanism is only physical, whereas NanoActive materials also chemically interact with the odor.

Table 4: Breakthrough Times for SO2.

In Figure 1 below, acetaldehyde adsorption is compared against a NanoActive metal oxide, activated carbon, and sodium bicarbonate. Acetaldehyde is an atmospheric pollutant that at low levels is an irritant of the skin, eyes, mucous membranes, throat and respiratory tract. After just a few minutes of exposure to the chemical, the activated carbon and sodium bicarbonate reached capacity and stopped absorbing the chemical.

Figure 1: NanoActive and Other Chemical Sorbent Technologies vs Acetaldehyde