How to Get the Funky Smell Out of Diaper Pail 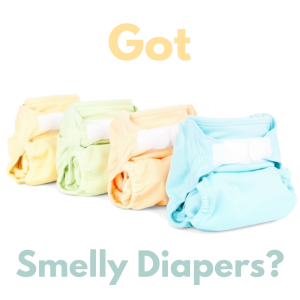 Babies are a wonderful, sweet blessing – with soft skin, angelic personalities, and an abundance of joy. There is nothing quite like the fragrant smell of a baby, particularly the smells they produce in their diapers! The smells that can emanate from inside your baby’s diaper can simply be described as unbearable, leaving you to wonder how your sweet, innocent child can create such an odor. This odor issue in your baby’s diapers has left you with the skills of changing their diaper and throwing it in the diaper pail in record timing – only leaving you seconds of nauseating smells before discarding them inside the tightly confined pail.

What can you do if you are stuck fighting off the odorous smells left behind on your baby’s diapers that have traveled into your home’s air and worst has developed inside the diaper pail in your baby’s room?

What is a Diaper Pail Used for?

Discarding dirty diapers can be done in a variety of ways including through the use of disposable bags that you toss directly into the trash or preferably by using a diaper pail in your baby’s room. A diaper pail is the easiest method for the disposal of soiled diapers after a diaper change. Diaper pails are a tightly confined container that take in the discarded smelly diaper and contains it, shielding the environment from the strong odors. The pail is ultimately a convenient day-to-day solution for keeping the smell down, and the poop contained – making it the ideal invention for parents of newborns or those who are still potty training!

Diaper pails can smell like no other, with the pungent combination of old stale urine and poop combined together within the confinement of the diaper pail. Many diaper pails have an apparatus on them that captures the smell of the dirty diapers in and contains it so that the general air in the environment is not tainted by the odors. The pail contains valves that aid in the trapping of air inside the container after you push the diaper into the pail. However, these valves do not offer complete and utter containment, as some smells or odors will escape into the air.

Another problem with diaper pails is the potential for mold to grow inside the pail. The combination of moisture from all the wet diapers and lack of airflow inside the pail can lead to the growth of mold, which can create an unhealthy environment with increased contaminants in the indoor air.

If you are one of those parents who are constantly at battle with your baby’s ever odorous diaper pail you may need to turn to some much-needed help. The best way to eradicate smells that are looming inside the diaper pails is to first be proactive, and second stop it from getting that smelly in the first place. You may ask, how can this be accomplished? Well, I’m glad you asked – here are some overdue tips on how to keep your baby’s diaper pail smelling fresh, and odor-free. 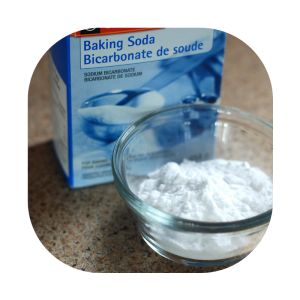 Dust Some Baking Soda Inside

A little pinch of baking soda could keep the poopy smells away from inside the diaper pail. If you sprinkle a little baking soda inside the bottom of the pail it can work to fight off the ever-growing odors in the tight contraption. Baking soda is known for being a natural deodorizer and can work to absorb a lot of the smells that it comes into contact with in an area.

Spray Away the Funk & Germs

Do not let the diapers pile away inside the pail for long periods of time – be sure to dispose of the collection of diapers at the end of each day, to help reduce the smells building up. Once you have disposed of the days soiled diapers, spray the pail down with some anti-bacterial spray to fight off the germs and bacteria that can be added to the odorous issue.

This is important, wash your pail and repeat regularly – as much as you can, really! Giving the diaper pail the old scrub down with water and soap can aid in the removal of the foul smells inside the pail. Although soap and water will help to eliminate some of the odors, it is not a complete odor-eliminating solution. For a complete odor-eliminating solution, you will need to use a patented technology that was specifically designed to expel and erase unwanted odors from surfaces and areas, like EnviroKlenz.

EnviroKlenz is a proprietary earth mineral technology that contains the ability to break down and neutralize chemical odors and noxious odors that have accumulate on an object or surface. This technology is unlike any other odor-eliminating technology, as it does not use fragrances or masking agents, and is complete free of any chemicals – especially toxic chemicals that we want to shield our most beloved babies from. The EnviroKlenz Odor Eliminating Pad is the perfect addition to your baby’s diaper pail. The pad is embedded with the nontoxic, and highly effective odor-eliminating technology and can easily be sized and cut to fit perfectly inside the pail – providing constant protection from the odors that are being added inside the pail.

Line the Pail with Plastic Liners

Some pails can be used with a plastic liner that can act as a barrier between the pail to help prevent the smells from developing inside the area. With the plastic liner, the diapers will never come into contact with the pail itself, which can help drastically.

Diaper pails are smelly, gross, and downright nauseating sometimes. Although the odors that a diaper pail emits can be unpleasant, the benefits of a diaper pail significantly outweigh the negatives, thus learning tips to deodorize a diaper pail like we listed above can help you keep your baby’s diaper pail fresh and clean and odor-free.