Do You Know What Toxic Chemicals Lurk Within Your Clothing? 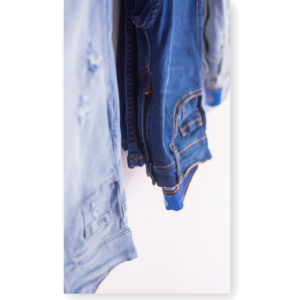 The clothing that hangs on the rack in stores is colorfully displayed for customers with the intent that it will lure patrons in to purchase these items. Some people will quickly grab the clothing, knowing they will purchase it, while others will swiftly go to the try-on room to see what they think of it on their body. During the process of trying on new clothes, you are exposing your body to a plethora of chemicals that can permeate your skin. This can further lead to absorption of the chemicals from the skin into your body – which your body must process and eliminate.

While the connection between toxins in your clothing and health issues is a little bit foggy, the studies that have been conducted against these chemicals found in the manufacturing of clothing have shown to be quite hazardous to public health and can include the development of cancer over a period of time. Although this is an extremely rare potential health effect, the likely health effects from these chemicals can range from allergic reactions to irritation to humans. So, the question becomes what chemicals exactly are lurking within your clothing and what can you do to protect yourself from these potentially toxic chemicals?

The Dangers of Toxic Clothing

Did you know that the clothing industry is one of the most polluting industries on the planet? The textiles that this industry produces can be laced with irritants and disease-causing chemicals that can impact the health of an individual. The average piece of clothing is typically made from potentially allergenic materials such as latex, lycra, or spandex, but it also may be contaminated with a variety of chemicals which are used during the manufacturing process.

There have been many public issues surrounding the dangers of toxic clothing including the 2016 issue with American Airlines. American Airlines created new uniforms for more than 70,000 employees, but soon after reports began surfacing that many of the workers for the airline were becoming sick from the material of the new uniforms. Although this may seem like an unusual anomaly, it’s not unheard of for clothing to make people sick.

The level of toxicity your clothing harbors is not to be underestimated, as the increased health risks are scary! Many textiles contain an amalgam of potentially hazardous chemicals from chlorine bleach, to formaldehyde, and even VOCs. Clothing is placed on the skin, exposing one of the body’s largest organs to severe hazards. The skin contains millions of tiny pores that have considerable absorption capabilities which are able to retain the chemicals that are present on the clothing and collect them on the skin – with the potential for the chemicals to enter into the body and bloodstream.

The chemicals in clothing have been linked to health issues that can include neurotoxicity, liver, kidney, and lung disorders, and cancer – however, these symptoms are associated with long-term exposure. Whereas short-term exposure can lead to allergic reactions, skin irritation, and respiratory irritation.

What Toxic Chemicals are Used in Clothing

In a report conducted in 2012 by Greenpeace, “Toxic Threads: The Big Fashion Stich-Up”, found that some of the major clothing brands including Levi’s, Calvin Klein, H&M, and Zara. The toxic chemicals that are commonly found in many of these clothing brands can be a combination of several different chemicals which can include the following:

Can Chemicals on New Clothing Cause Allergies?

Is your new sweater making you itch like crazy? Well, depending on the fiber or fabric of the clothing you may experience an allergic reaction or what is known as textile dermatitis. Often times the source of this reaction is from dyes or other chemicals found on new clothing. Formaldehyde, dyes, glues, and chemicals used to tan or create leather can spark a reaction for most individuals. The many distinguishable characteristics of chemical allergies can include redness, scaling, and itchiness. These symptoms may appear within hours of contact with the clothing or sometimes not till days later.

How to Remove Chemicals from New Clothes

Now that we know are clothing, particularly new clothing is full of toxic chemicals, do you think it is important to wash these fabrics before you wear them? According to the Wall Street Journal, because new clothing contains toxic chemicals that can lead to allergic reactions and illnesses, it is important to wash new clothes at least twice before you wear them. Some people will think to wash these toxic clothing with an effective laundry additive such as vinegar, baking soda, or borax to help eliminate the chemicals from the fabric, however, these additives fall extremely short in removing harsh and toxic chemicals from fabrics.

Instead of using an ineffective laundry additive for chemical removal, look for a proven-effective chemical eliminating laundry enhancer. The EnviroKlenz Laundry Enhancer is just that and even more! EnviroKlenz was specifically created for chemical and odor removal for those with severe sensitives to chemicals like those who struggle with MCS (Multiple Chemical Sensitivity). The technology is a revolutionary nontoxic formulation that is able to take in and break down chemicals and noxious odors without the use of chemicals or masking agents. The simple application and effective solution makes the EnviroKlenz Laundry Enhancer perfect for chemical removal of new clothing chemicals.