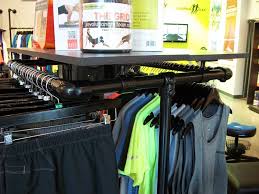 Fashion can be fun, but most clothing sold today contains toxic chemicals that can be harmful to your health.Because these chemicals are easily released from the clothing into the air, you are exposed to them with every breath you take while wearing toxic textiles.

Here are three toxic chemicals commonly found on clothing made by top brands and sold in department and discount stores.

Polyvinyl Chloride (PVC) is used to make “vinyl” jackets, shoes, and purses. Vinyl is also used on printed t-shirts that have shiny ink.

PVC is a solid plastic made from vinyl chloride, made softer and more flexible by the addition of phthalates. Vinyl chloride is known to cause cancer in humans, and can also cause nerve damage, immune reactions, and other serious health effects in high enough doses. Most phthalates can cause birth defects and reproductive problems.

Clothing and accessories are made from soft PVC, which releases toxic gasses.PVC is so toxic that environmental groups such as Greenpeace and Center for Health, Environmental & Justice recommend against using PVC, so much so that they have compiled lists of alternatives for common PVC products. Greenpeace calls PVC “the poison plastic” and has determined it to be the most toxic plastic of all.

How to identify if Formaldehyde is used in new clothing 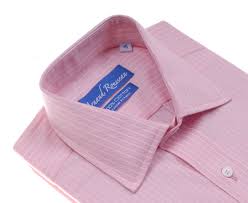 Formaldehyde is another toxic chemical used in textiles that are released from clothing into the air you breathe. The easiest use to identify is the “permanent-press” finish (also called “no-iron” and “wrinkle-free”). Any cotton clothing with this term on the label and all polyester/cotton clothing is treated with a resin that prevents the fabric from creasing and also releases formaldehyde.

But there is another use of formaldehyde that is more widespread and not so easy to identify: formaldehyde is also used to keep garments looking new and fresh while in transit, and to retard mildew growth.

Use of formaldehyde on clothing is not regulated, nor does it require a warning label, though formaldehyde releases are regulated and require warning labels on other products. The State of California designated formaldehyde as a toxic air contaminant (TAC) in 1992 with no safe level of exposure. The major toxic effects caused by exposure to formaldehyde are problems with eyes and the respiratory system—from slight to strong irritation to coughing, wheezing, chest pains and bronchitis. In 2011, the National Toxicology Program named formaldehyde as a known human carcinogen in its 12th Report on Carcinogens.

What is the Government doing about formaldehyde in clothing?

Consumer Protection investigated the issue when it was raised in 2007. They tested clothing, and looked at how other countries dealt with formaldehyde in clothing. Their findings are given in the following media release and reports: 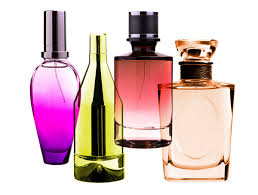 Synthetic Fragrance is another toxic exposure that is not on the label but is easy to smell. It seems to be getting more and more common for manufacturers or stores to add a scent to clothing, which doesn’t come out easily with ordinary washing.

Virtually all of the ingredients used to make synthetic fragrances are derived from petrochemicals, many of them listed on the Hazardous Waste List compiled by the US Environmental Protection Agency (EPA). These chemicals cause cancer, nervous system malfunctions, respiratory problems, hormone disruption, and other health effects.

It just isn’t possible to know the toxic chemicals used to make fragrances that are applied to clothing items, yet they are outgassing toxic chemicals that affect our health. Fragrances are legally considered a “special ingredient,” which allows manufacturers to combine all the ingredients used to make fragrance into the single term “fragrance” on cosmetic product labels, but it’s not required to be on the label at all for textile products.

What can you do? Obviously, it’s best to avoid these chemicals when you can as much as possible. Vinyl products are easy o recognize and “vinyl” often appears on he label of products made from it. Formaldehyde resins can be easily avoided by watching out for labels that say “permanent press,” ”no-iron,” or “wrinkle-free.” And you can smell fragrances added to clothing, but it’s difficult to find any clothing that isn’t scented these days. Some will wash out after a few rounds in the washer, others won’t.

Chemical odors in new clothing and linens are not just dangerous for those with chemical sensitivities and environmental illnesses but for those with allergies, respiratory illnesses, and asthma as well. Constant exposure to chemical odors can lead to respiratory and pulmonary illnesses and formation of allergies. Traditional detergent are not designed to remove chemical odors from clothing but rather mask them with fragrance and perfumes which can cause additional health risks and complications.

The EnviroKlenz Laundry Enhancer was designed to safely and effectively remove stubborn laundry odors such as chemicals, fragrances, and musty/mildew smell. Safe clothing can be a huge dilemma for those with MCS (Multiple Chemical Sensitivities) and ES (Environmental Sensitivities), thus come in the EnviroKlenz Laundry Enhancer! This enhancer will be your secret weapon to expelling strong odor & chemical smells from your fabrics! 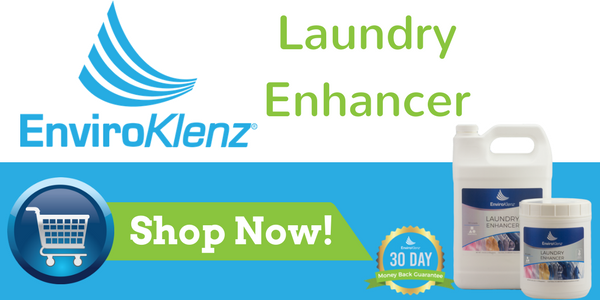 “First and foremost you really have to shake this stuff up before using it. I put it in with a load of dish towels that always smelt funky when you would be drying the dishes. Seems like it took the smell away but time will tell. I will continue to use it in my pets bedding and other items that might hold odor. I like that I can be used on all types of fabric and is fragrance-free.”

“HOLY AWESOME! I love this stuff. I had some towels that got left in the dryer and had that mildewy smell and it came right out. I also have special needs children who have potty issues at night and tend to get that urine smell in the blankets and stuff. And this stuff knocks the smell right out that regular detergents can’t do. I am beyond amazed. Really, don’t even need a whole lot for a load.”

“Expensive, but, it works. I am ultra hyper sensitive to laundry fragrances that linger in clothing. EnviroKlenz was a last ditch effort to rid the fragrance smell from a few items bought used. Used as directed on the bottle, EnviroKlenz works for clothing that has some mild odor. However, if you have serious hypersensitivies, and/or have something that is more than mildly odorful, put enough water in a bucket to cover all the affected clothing, add 1 cup of detergent and 1 cup of EnviroKlenze – stir well. Leave for a few days, stirring it every so often. The EnviroKlenze product works by coming into contact with the fabric fibers. I had to use the bucket method on two items – and I was amazed that it worked. I could wear the clothing without getting sick .”