After a long hour of two of grocery shopping you come home only to find that before you stock pile your refrigerator with groceries again, there is some attention that is needed, particularly with the odors swirling inside of this appliance. When we regularly clean our house every week or two, there are certain areas that we make sure that we clean-up such as flooring, surfaces, bedrooms, and bathrooms, which are all important areas of the home to clean regularly. However, certain areas and spaces in the home will be forgotten when cleaning such as your refrigerator.

Fridges are an item in the home that sees a lot of action, with constant use and replenishing, the refrigerator will collect an array of food and beverages within this space that can create and emit a strong odor inside the appliance over time due to improper cleaning. Shelving, storage compartments, door handles, and even freezers can collect food odors, liquid odors, and debris on the surfaces that will contribute to an assortment of odors that will form together to create a pungent smell throughout this environment. This fridge smell will require an effective cleaning solution, a strict cleaning regimen, and something that is easy to apply to remove the odors.

In this article we are going to discuss what can lead to odors in your refrigerator and learn what is the best odor remover for these appliances in your home.

My Fridge Stinks and I Don’t Know Why 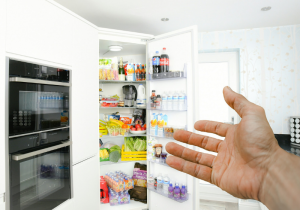 You’ve discovered the odor, now it’s time to learn more about the source of this undesirable odor emanating from your refrigerator. Could it be the take-out food from three nights ago, or maybe the expired milk on the shelf of the fridge? Or is there something more concerning inside of your refrigerator that is producing the nauseating smells from within the environment?

When it comes to the odors that you could possibly detect within your refrigerator, there is a variety of sources and odors that will be found in this space. Anything from expired or spoiled food that was left in the refrigerator too long, to foods with a strong odor (onions, garlic, curry, etc.), and even the smell of chemicals that were used to try to eliminate these harsh odors from the refrigerator, can all be scents that are found in a home’s fridge. 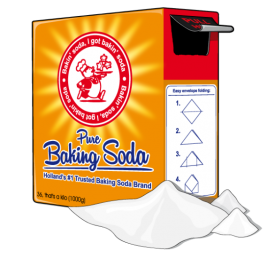 Cleaning the inside of your refrigerator will require effective cleaning products that will not leave behind a strong chemical smell, and rather will rid the appliance of the odors without leaving another odor in its place. When it comes time to cleaning the inside of a fridge there are certain cleaning products you can use and there are others that you should consciously avoid using.

Many kitchen cleaners are very strong chemical cleaners that are designed with the sole purpose of killing germs. However, these chemical cleaners should not come into contact with food that is housed in your refrigerator. Instead, you should opt for you normal kitchen dishwashing liquid and some warm water to wipe the inside of the fridge like shelving and drawers to clean these surfaces.

Why Does the Refrigerator Smell Bad

Refrigerators are usually built to be durable and effective at fighting against certain issues such as odors. However, when food is improperly placed in this appliance, or regular maintenance cleaning is not performed than the odors will invade this space and taint the inside of your fridge. There are several causes to stinky, smelly refrigerators, and this includes the following:

How to Get Rid of Fridge Smell

A buildup of odors is natural for any environment, especially your home’s fridge that is exposed to a broad mix of different foods that will elicit certain odors into the air. Food and liquid odors can become absorbed onto the surfaces of the fridge and spread throughout the air space in the appliance quickly. There are a number of things that you can do to help minimize the odors that are brewing within your fridge including throwing old food out, doing a deep cleaning, and even adding some effective odor removers to your refrigerator to combat the smells.

Typically, when we think about an odor remover for our fridge the go-to is a packet of baking soda that you open and leave in the appliance to work its odor removing magic. However, this method has seemingly been outshined by other more effective solutions that have far exceeded the performance of baking soda to remove odors in the fridge. Among the selection of odor removers for refrigerators, the OdorKlenz Deodorizing Block is a top of the line choice for complete odor elimination rapidly and effectively in your fridge.

The EnviroKlenz Deodorizer Block utilizes an advanced odor neutralizing technology to remove odors from its surroundings. This deodorization block can be placed in areas like your refrigerator to safely and without fragrances and/or chemicals remove odors from the source. The deodorization process of the EnviroKlenz Deodorization Block works through a two-stage process of drawing-in and capturing the odors, then breaking the chemistry of the odor down completely from the area.

EnviroKlenz has been rigorously tested and validated to provide more neutralization of odors than charcoal, carbon, and/or baking soda when it comes to odor removal from sources.

Get Rid Of Paint Smells Safely! Paint can be a quick and inexpensive way to …
September 1, 2016
Read More 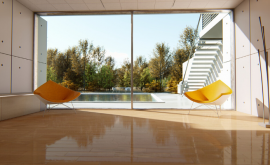 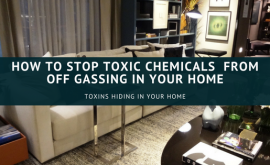 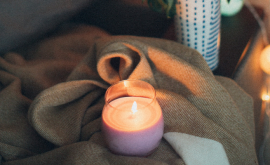